The other day I walked to the Museum of Science to see a movie about coral reefs. I’ve been intrigued with reefs ever since reading an article in the science section of the New York Times a little over six years ago about the death of many coral reefs and the efforts to restore them. The article brought tears to my eyes. Coral reefs, sometimes called the rain forests of the sea, are diverse communities that shelter a vast array of species. If any one of those species is at risk, if the diversity gets lost, it puts the whole community at risk. If the coral, the habitat of the community, dies off it threatens the species who live there. Many scientists quoted in the article were pessimistic about our ability to reverse the dramatic loss of reefs in recent times. 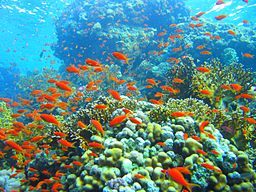 The movie, a visual delight, was more hopeful, but also suggested that reefs could disappear in our lifetime. The opening scenes confirmed an intuition I had about human communities and coral reefs.  The scenes flashed back and forth between cities packed with people and traffic moving in all directions and reefs with schools of fish streaming in all directions. Point made: Community is our human habitat, our coral.

Human communities, from families to faith communities to cities to countries, are under threat. Conflict and divisiveness plague us on every front and present a threat to a diverse human system. Mean-spiritedness toward those who view the world differently is rampant. The structures that held us don’t hold up anymore. Governments are viewed cynically and churches are losing membership. If we lose our human reefs how will we survive? If we can’t harbor variety how can we stay healthy?

The Times piece on reefs described scientists’ attempts to seed the ocean floor with the beginnings of new reefs. Perhaps that is what we most need – little stabs at making community here and there. We chose our experiment with community by moving into this house. Participating in a diverse community holds and nourishes us, but also challenges us to grow in ways we wouldn’t otherwise. You don’t have to move into an intentional community to build community. Communities can form in schools and coffee shops, in churches and at bus stops, in yoga studios and at parks. All that’s needed is an openness to welcoming people as they are and a commitment to connect. That connection seems to be as essential to us as the coral is to the creatures who live in it. It’s our habitat.

Where do you find community? Where could you build some tomorrow or the next day?

2 thoughts on “Are we losing our habitat?”